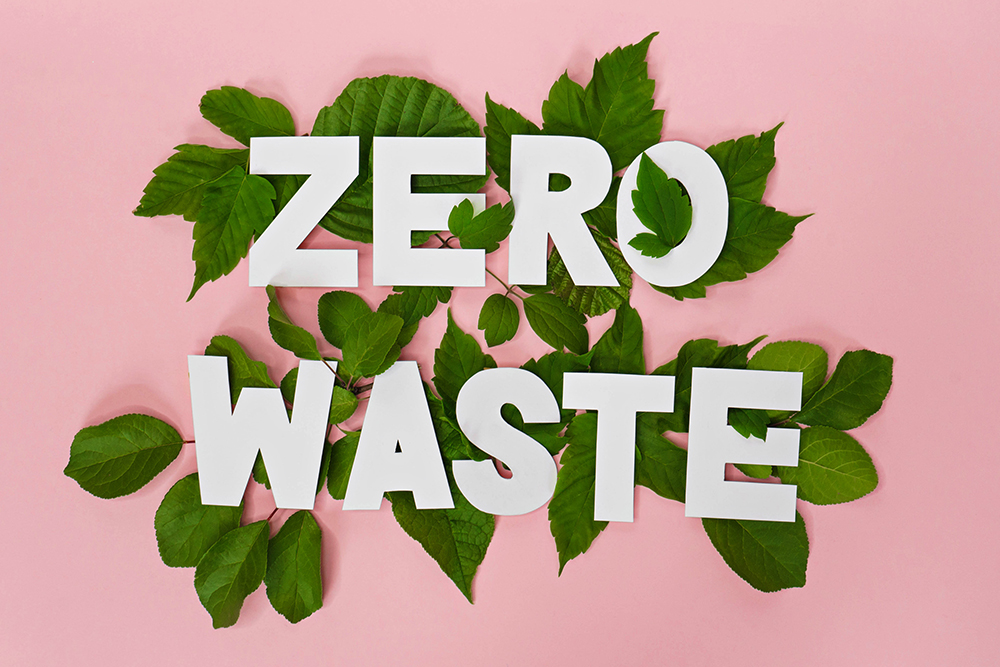 The no-waste trend – defined as a lifestyle where people try to generate as little waste as possible in order not to harm the environment – is also gaining popularity in Poland. This is mainly due to the communication of brands from the food sector, but also big-box stores which, due to the scale of their operations, are in the limelight in the context of the amount of wasted food or “omnipresent plastic”, which is “reproached” by as many as 66% of consumers (IQS, report No-Sustainable 2020).

It was plastic and the fight against its excess that became the first battle undertaken by supermarkets in an effort to regain the trust of their consumers. Some of the players in the retail industry are fighting the battle against plastic “quietly,” only publishing results and commitments on their corporate websites. Lidl, on the other hand, has made its fight against plastic a marketing weapon by creating regular and widespread campaigns that not only report on its progress in reducing plastic (as much as 800 tons by 2020) but also encourage consumers to help. With 20,000 plastic bags being used every second in the world, the individual choices of each of us matter a great deal, which Lidl summarizes by advertising its own brand, Saguaro water, in new bottles with reduced plastic. A similar campaign, which was supposed to be a solution for reducing plastic, was also Lidl’s campaign promoting their BIO vegetables – which, unlike their competitors, had no plastic packaging, but were “eco-friendly” because they were tattooed with light. Unfortunately, despite its great potential, the campaign did not develop into Lidl’s “standard” and remained only an interesting campaign on Facebook and other own brand channels.

The issue of reducing plastic is also present – although not as intensively and widely – in other brands’ campaigns and the products they offer. During barbecue season, each of the retailer’s newspapers encourages the purchase of eco-friendly cutlery sets or plates. Several stores persuade consumers to pack fruit and vegetables in canvas bags (unfortunately, extra fees apply), or reusable packaging. Kaufland went one step further – the chain introduced the Newletics sportswear collection, which was created using, among others, recycled PET bottles. This campaign is one of many commitments made by the Schwarz group, owner of the Lidl and Kaufland brands, in the global reset-plastic campaign.

Of course all these campaigns are worth praising and support the image of CSR, but I have a feeling that the key in the joint fight of the store and the consumer for the reduction of plastic or other materials should be solutions based on behavioral economics, solving everyday problems of consumers, smaller than a global fight. One such small campaign worth highlighting, however, is offering shoppers free shopping boxes – instead of plastic bags – at Carrefour stores. I am also heartened by the Żabka chain campaign which allows shoppers to return bottles, also plastic ones without receipts (which, let’s face it, we do not collect “passionately” when buying e.g. a bottle of water) but with a small reward in the form of additional Żapps points in a shopping application. The benefit here is threefold – for your conscience, for your wallet, and for the environment.

The second, even more popular aspect of ‘no waste’ is the issue of reducing food waste. Probably not many shoppers know that multi-store chains have been legally obliged to do this as of March 1, 2020, and there are severe penalties for non-compliance. This regulation brought a lot of good in the form of (relatively) clear guidelines for donating food to public benefit organizations, but also gave the potential to educate and change the behavior of Poles. And this is good, because an average Pole wastes 247 kg of food annually, which puts us in fifth place in the EU, where the average is 173 kg – points out the Polish Economic Institute. Unfortunately this data increases especially during Christmas and Easter, when we take care of our culinary traditions and prepare many dishes to excess. Of course, some of us (following the IQS report mentioned above) try to blame the stores, which “provoke consumerism” with their advertisements or promotions, but also, no matter how you look at it – the chains do a lot to reduce this stain on their image. Although not everyone knows about it – and that’s the whole point… most of the communications of the retail chains concerning the transfer of unsold food are unlikely to reach the average “Joe”. – As these are mainly corporate data published in annual reports or on the website. On the other hand, the wide-spread announcements concern mainly tips and tricks not to waste food, which can be found in most retailers’ magazines, which conquer our Polish readership even more effectively than TV guides.

Also in this case, Lidl decided to launch a large-scale campaign promoting “non-ideal” beets, solitary bananas or other vegetables that differ from the ideals known from the pictures. The idea is very interesting, however, it is a bit “copied” from the competition – as this idea has been used for a long time in global campaigns by Tesco and Intermarche, as well as currently by Lidl’s “younger brother”, i.e. Kaufland.

This is also good, however it is asking for more steps that will not only show how, support sales, but also change the consumer’s perception on wasting food and influence their habits. And you don’t have to look far… just look at the shelves in many chain stores where food with short expiration dates is displayed. So far treated by consumers as a place with discounted “defective” products, which are stocked by the poorest customers – it has great potential and a chance to be used in accordance with the no waste trend. At Carrefour we can buy products with a short expiration date with a discount of up to 90%, while the Kaufland chain offers special evening “discount” hours, during which we can buy products with a short expiration date in order to use them for e.g. supper, instead of leaving them in stores to rot and become unusable the next day or after the weekend. And yet, a slight change in their current appearance and a wider campaign changing the image of these shelves from “poor” to “no waste” is enough to make not only the consumers looking for the lowest prices interested in them, but also those who care about the well-being of others.