Will the Digital Out of Home Segment be the New Flywheel of Outdoor Advertising in Poland? 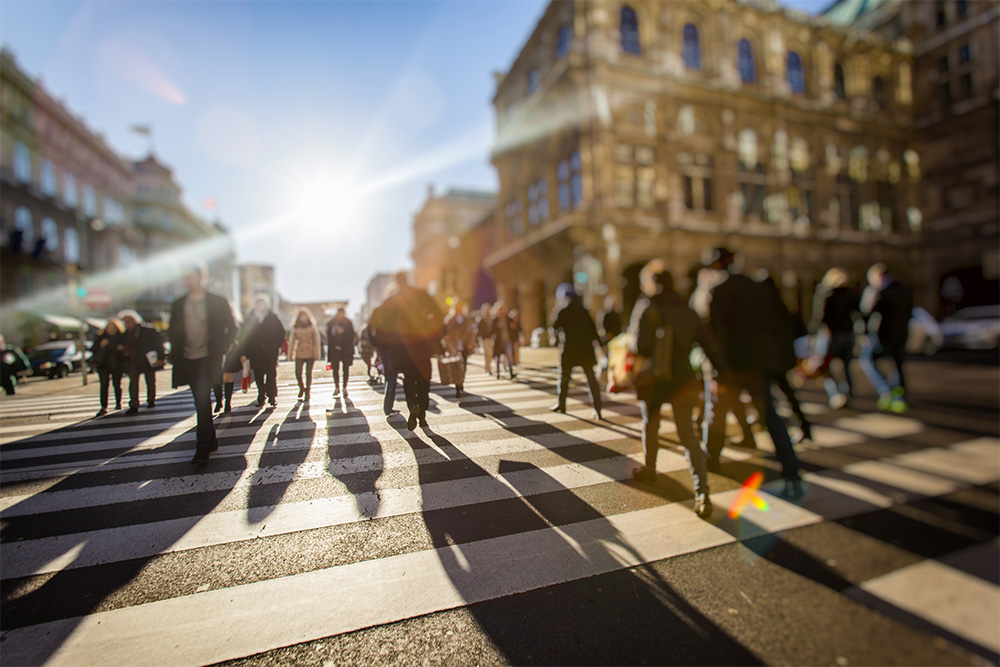 It is no secret to anyone in our industry that one of the media in which the pandemic caused the most ‘havoc’ was outdoor advertising. Interestingly, however, not all OOH segments suffered equally.

According to a report prepared in cooperation between the Chamber of Commerce of Outdoor Advertising and Publicis Groupe, the estimated sales of Digital Out of Home (DOOH) for the whole of 2021 amounted to PLN 64.60 million and was 0.6% lower compared to 2019. On the other hand, other OOH categories in the same period recorded sales lower by as much as 41.6% (City Transport) or, in the case of classic media, 28.1%.

Thus, it is clear that digital advertising suffered the least during the pandemic, and in addition, during the crisis it steadily increased its share of sales and it is this segment that is currently the most interesting part of the outdoor advertising market.

Analyzing the development of DOOH in Poland, it is worth quoting some data from foreign markets.

According to the Statista portal, global market spending on DOOH advertising will increase from USD 6.7 billion in 2019 to 15.9 billion in 2027.

In Poland, DOOH shares remained stable in recent years, mainly due to the changing and uncertain reality caused by COVID. Advertisers preferred to make decisions about accepting OOH campaigns literally at the last minute. Suppliers have adapted to this forced change in procedure over time. Let’s not forget that time was of the essence in this case, because apart from the acceptance itself, the posters had to be printed, transported to several cities, and finally pasted. There is a staff of people behind the whole process. Undoubtedly in these turbulent times digital advertising allows for greater flexibility in terms of deadlines and production. Not only does DOOH make it possible to run campaigns in real time compared to analogue media, so the client can quickly adapt the content to the current situation without incurring technical costs, but this advertising format is in line with the eco-trends that have become so important recently.

If that wasn’t enough, companies providing digital OOH solutions are racing with ideas on how to get the most out of DOOH and convince customers to invest in this type of advertising. This applies not only to technical issues, but also to commercial ones. For example, Polsat Media has been successfully driving the DOOH market by offering better conditions on TV in exchange for spending in the Polsat Group’s AdScreen network.

Providers know very well that clients want a certain breath of “freshness”, so they are constantly expanding their offer by e.g. the possibility to adjust content to selected groups of recipients with the use of advanced analytics. Another attraction that DOOH companies can offer is the creation of engaging, hyper-realistic creations similar to 3D animation in London. Pepsi Max’s “Unbelievable” campaign generated a lot of interest across the advertising industry and did a strong job of promoting DOOH. The project used an augmented reality element, which consisted in superimposing a 3D animation on a real image. Recipients of the 3D ad eagerly recorded and shared the spectacle online, which later went viral in social media. The 3D effect did its job and also reached us. Most DOOH providers on the Polish market are already ready to implement such creations, so it is surprising that so far we have not seen them on the streets of our cities. So we are waiting for the first bold brand that will invest in such a spectacular production.

In finishing listing the obvious advantages of Digital out of Home, let us take a closer look at the situation of this medium in Poland. Firstly, a big problem noticed by specialists is the dispersion of DOOH carriers, which may give the impression that targeting even the most original creation to precisely defined groups will be difficult.

The Polish market is developing relatively slowly, because a significant barrier is the costs associated with building a network of media. At present, however, investments are clearly ahead. AMS and Clear Channel are developing their networks of digital citylights and digital indoor panels. Talking about AMS activities, it is worth mentioning the first DOOH campaign with the use of programmatic buying, executed with the use of AMS proprietary tool for the BLIK brand, in co-operation with the Publicis Groupe and Spark Foundry media agency. The innovation was the purchase of a specific number of impressions, rather than a defined presence in the advertising loop. Additionally, it was possible to track campaign statistics on an ongoing basis.

Another important point is that advertisers now expect vendors or media agencies to provide as much up-to-date data as possible. These expectations have already become a standard and are not only coming from the most demanding clients. Currently, each of the DOOH entities performs campaign research individually. The situation is different with analogue media (OOH), which are researched and settled on the basis of a consistent currency. Fortunately, there are already entities on the DOOH market that work on technologies and allow statistics to be collected and analyzed. Additionally, work has been undertaken on a common model for the market to report spending to Kantar. Digital OOH may soon be better compared to other media.

It is also worth noting that at the end of 2021 a special group at the IAB was established to promote digital solutions in outdoor, to systematize terminology and market structures. The composition of the IAB working group certainly proves that the topic is important and developing. It consists of representatives of companies such as: Publicis Groupe, ZPR, AMS, Meetrics, Hybrid.ai, SpicyMobile, Wiseglass, Dentsu, ABI, Ariadna – National Research Panel, Screen Network, GroupM, Media Group, Jet Line, Kantar, Gremi, IMS, Warexpo, Synergic, JCDecaux Airport Polska, Group One, Cyfrowy Polsat, Clear Channel.

I have already mentioned that investments in DOOH have gained momentum. In addition to the above-mentioned factors driving this market, let’s also remember the legislative challenges for the OOH industry, specifically the landscape laws in cities, which mean the need to reduce the number of traditional media. So the response from vendors is to look for solutions that allow companies to replenish disappearing inventory in more cities. However, some regulations also limit the possibilities for digital carriers, and there are cities, such as Gdańsk or Kraków, where the space for DOOH is even smaller. In Krakow, for example, only small forms are allowed, and the emission of advertising on the screen of Tauron Arena during events held there.

Importantly, the resolutions do not apply to indoor media, so digital advertising in shopping malls, airports, and other public buildings is free from restrictions, and this is where we should expect further investments in network development.

Further obstacles for the development of DOOH market are the provisions of the road traffic law. According to them, displyaing mobile advertising within the road lane is prohibited. If the carrier is located within the lane, we cannot show animations or videos on it. This is quite troublesome because the “traffic lane”, in addition to the roadway, may also be a part of the sidewalk, and sometimes even a larger area.

As if that wasn’t enough, the rising energy prices in 2022 are not favorable for the OOH industry either, and yet digital media are the most sensitive to electricity price increases. Digital OOH has many advantages: flexibility of production time, engaging form, resistance to ad blocks, interactivity, possibility of live streaming, i.e. being with the message “here and now” with the recipients, which has always been important for advertisers. All this fits perfectly into the new communication possibilities of the digitalized world.

However, we cannot hide the fact that the Polish market of digital media still has a lot of catching up to do to be compared with such advanced countries as the US, UK or Australia. Experts predict that in terms of DOOH development, we will join the countries mentioned above in 4-5 years.

On the part of the DOOH owners, it is necessary to consistently build trust in this medium by, among others, standardizing the measurement of campaign effects, implementing purchase automation on all available media, which will enable the planning and purchase of the entire inventory in one place, or simply expanding the media network. Some of the challenges have already been addressed, and the best experts have been involved in the development of OOH digitalization. Despite considerable limitations, the future of DOOH in Poland is optimistic, and the development of this market may be supported by advertisers who boldly invest in this form of advertising and test the effectiveness of new and non-standard solutions.