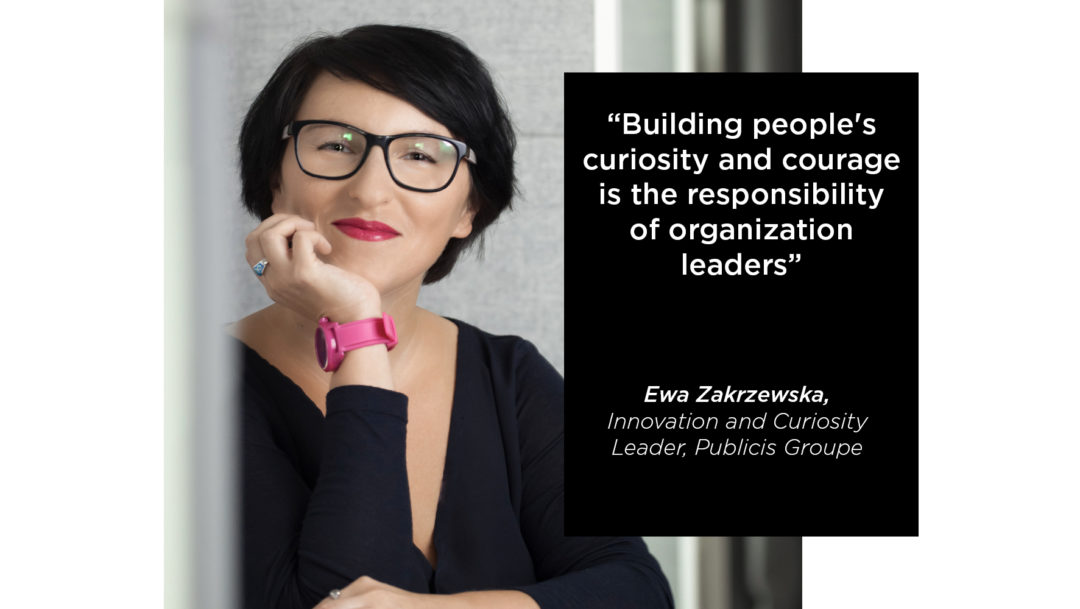 In 2002 The Economist wrote that innovation is considered to be the most important component of any modern economy, and that it is innovation that makes the world go round. This applies not only to economics at the macro level, meaning, nations and building their wealth, but also at the micro level, meaning, businesses, their development and success.

Almost two decades after the article was published, nobody is questioning the role that innovation plays in business. The pandemic, the changes it enforced and the challenges it posed showed that innovation is a key factor in the development of an organization. But do we all know what an innovative company means? Is it enough to say that we use Slack, have the latest laptops and the president drives a Tesla? Can only organizations dealing with new technologies be innovative? Do you need specialized geniuses like Steve Jobs or Elon Musk to create innovations? The answer to these 3 questions is of course, no.

An innovative company – which one?

Let’s start from the beginning, that is, from the definition – what is innovation. According to Peter Drucker, a management guru, innovation is the way a company increases value (wealth) by creating new resources or increasing the potential of those resources already used. This results from a conscious and systematic analysis of the market and the environment and no less systematic and hard work. Thus, innovation is not a question of unpredictable enlightenment that comes down on us and is available only to the chosen ones, but is a process that can be built in the company.

An innovative company is one that has the ability to create new solutions or business models, find new markets and earn money on it.

In such a case, where to start and what does success depend on?Drucker’s definition of innovation is firmly embedded in the use of resources. People should be the most important for every company – they are the ones who contribute to the success of the organization every day. Creating the right conditions is the basis for building innovation in the company. The most famous business leaders speak about the importance of organizational culture. Lou Gerstner, President of IBM in 1993-2002, responsible for restoring the company’s splendor after years of crisis, admitted that for a long time he considered the organizational culture (along with strategy, vision, marketing, finances, etc.) to be one of many factors that determine the success of the company. IBM’s years of leadership have shown him that he was wrong – culture isn’t just one aspect of the game – it is the game. Because a company is the collective ability of people to create value. IBM’s value during Gerstner’s reign grew from USD 29 to USD 168 billion.

What should we then take care of in the culture of the organization so that it has a positive impact on innovation? Clayton Christensen and his team have conducted a several-year survey of the most innovative companies, CEOs and entrepreneurs and defined 5 characteristics that distinguish them: the ability to associate different threads, questioning the familiar and asking questions, the willingness to observe the environment, experimenting and networking. They defined them as the DNA of an innovator.

It is necessary to associate different threads, ideas or inspirations from different fields, not only to look at what is happening in other industries, in other markets, but sometimes to open up to a completely different world. If there is an element of revelation in innovation, it is here – collected observations, experiences, questions can connect in an unobvious way and be the beginning of a sensational solution. However, it is necessary to have space (time, means) to collect them.

Why? Because asking questions is not something obvious and natural for most adult people. As children we are curious and nothing bothers us, so we ask a million questions to our caregivers. But as the years go by, we are more and more ashamed, afraid of what others may think of us and asking a question may involve showing ignorance. Unfortunately, many companies, their managers and CEOs do not try to prevent this.

Research shows that while 83% of people in top positions say they encourage people in their company to be curious, only 52% of employees confirm this.

It is impossible to create innovations without asking questions – both the basic ones (because sometimes someone simply does not understand something) and those questioning e.g. the business model (it is better to ask them in the company and think about possible changes than to wait until someone else on the market comes up with it). It is the responsibility of the leaders of organizations to build curiosity and courage in people.

The areas defined by Christensen and his team are not separate from each other. Observing the environment is connected with associating threads and with the courage to change reality. We are often a party that hears a question that can inspire a new product. As in the case of Edwin Land, co-founder of Polaroid – one winter evening in 1943 he was taking photos of his 3-year-old daughter, and she asked why they cannot see the photos right away. Land came to the conclusion that there was no good answer for her and treated it as a challenge. Four years later he introduced the first camera, which allowed the picture to be developed less than a minute after it was taken.

Each of us can be a bit of a researcher and the world and people around us are an infinite source of inspiration. It is their challenges, problems and ills that should be solved by innovations.

Experimenting is another activity that requires courage and proper work ethic from employees and the acceptance of risk and failure from leaders. Failure is a phenomenon to which innovators are accustomed because it is their fairly faithful companion. If we do something for the first time, there is a good chance that it will fail. It does not mean that you can approach the task recklessly – tolerance for failure should be combined with intolerance for lack of commitment or competence.

Networking may involve not only maintaining contacts that bring business benefits (e.g. selling services or recruiting), but it may also be a source of inspiration and a way to test ideas. It is important that employees have the opportunity to take part in meetings, conferences (not only industry conferences), which on the one hand will them develop, and on the other hand will give the opportunity to meet people who can broaden their field of view, provide new experiences. Such a network of contacts can be built outside, but also inside the company, between departments that deal with completely different areas (e.g. designers with engineers).

Apart from building an organization culture based on the described features, it should be remembered that it should be created for all company employees. We may have a separate team dealing with innovation, but its task should be to involve as many people as possible from different places in this process. Leaving this key area for the company’s success only in the hands of the chosen ones is not using the resources Drucker wrote about.

Every person, every employee is able to be creative, to (co-)create innovations. The role of leaders is to build this conviction in them and create conditions for them to be interesting, courageous and open to the world.

Lou Gerstner’s experience and observations as well as the results of the Christensen team come from years ago, from the times before the pandemic, turmoil and crisis that we have been observing for months (without the knowledge of when they will end). However, the change of situation and environment does not change the principles described above. One can even say that associating different threads and the ability to combine them into new value, courage and the ability to question the status quo, observe the world and test new solutions has recently become even more important. Building an organizational culture that supports innovation not only helps to modify the offer or business model in a situation of changing market conditions, but also allows to adjust the way we work and act faster when unforeseen circumstances arise (such as those we have been facing since March of last year).

Would you like to learn more? Write to me: Ewa.Zakrzewska@publicisgroupe.com