We’ve witnessed many online concerts – from those organized at the local level ( Męskie Granie #wdomu, series “Kwarantanna na na” concerts, organized by Facebook and Kayax label) to global initiatives, such as OneWorld: Together At Home. That the trend is here to stay is confirmed by further efforts – for example, Coca-Cola for 60 days (starting from mid-May) broadcasts live concerts via #BeApp application, and the funds collected during the campaign are donated to charity. 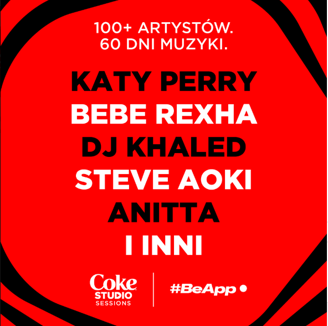 Summer is coming, a period that has always abounded in many music and film events. It isn’t easy to imagine a holiday without festivals. Most of the music events have been postponed to 2021, in contrast to film festivals, some of which will take place online. The organizers of among others, the Two Riversides Festival, the Spring of Films and the Krakow Film Festival, decided to bring festival experience online. 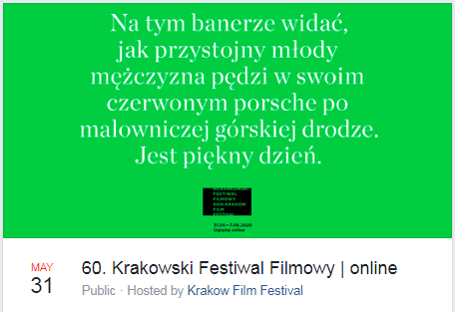 Participation in online events eliminates such restrictions as the lack of time, the need for transport, or covering the cost of accommodation in the city where the festival takes place. For the organizers, this is an opportunity to expand the range of the event and the number of participants. Due to online presence: the festival has a chance to reach not only the local community, but also audiences from all over Poland. For marketers, switching events from offline to digital is an opportunity to enter into new partnerships. If until now, the lack of interest in cooperating with a niche event was dictated by the small scale of the audience – using the potential of the virtual environment can be interesting for brands. Certainly, cinema fans eager to immerse themselves in the X Muse will also appreciate it!