Is this the time for rebellious brands? 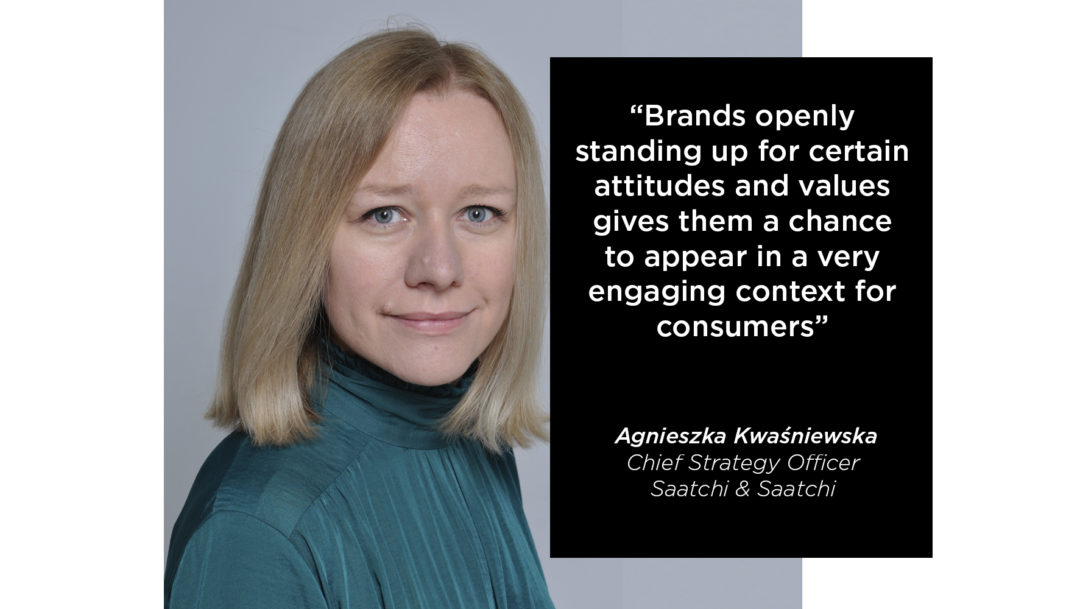 Rebellion is now strongly present in social life. We observe the escalation of tensions and the fact that today most people are conflicted with some aspect of reality. There are areas of discomfort that do not find adequate satisfaction at the level of solutions offered top-down by state institutions.

Is this an opportunity for businesses and brands to take matters into their own hands, or should brands stay away from topics that are a source of great debate or even social conflict? What do we know about the nature of contemporary rebellions?

Rebellion has become a dominant and highly polarizing attitude

Historically, rebellion was a tool of excluded groups or those who wanted to oppose the system. Today we are dealing with a massification of the phenomenon of rebellion and protest. A large part of the society demonstrates its opposition to the existing rules of the game. Admittedly, there are different interests of particular groups. Thus – professional groups demonstrate their opposition to the economic conditions to which they are condemned. Minorities protest against the lack of full rights. The specter of an ecological disaster also prompts people to sound the alarm and demonstrate their opposition to the policies of exploitation of natural resources. In the last few years, numerous political and ideological protests have swept through Poland. These particularly heat up the atmosphere of public debate, take on radical forms and are a source of strong social polarization. It seems that today brands find it particularly difficult to remain indifferent to these social moods. Ignoring them means placing oneself outside the mainstream of events that so strongly fire the collective imagination and drive people into the streets. Of course, it could be argued that the role of brands is to offer quality products and services and not to change the world, but are we sure?

From anarchist to committed activist

In the past, rebellion and its manifestations, such as outward appearance, served to contest the system by differentiating oneself and breaking away from the majority. This happened in social life as well as in marketing. Brands with the rebel archetype often distinguished themselves through provocation and a controversial tone of communication. Today, it is becoming increasingly important not only what we are rebelling against, but also the positive agenda of the change we want to fight for. This constructive dimension of rebellion opens up a very specific field of potential action for brands. Brands adopt the archetype of the rebel not only when they want to stand out and draw attention to themselves, but also when they have aspirations and tools to make a revolution in their category. Apple, Virgin, Heyah, Play – these are all brands that were rebels when they launched revolutionary products and services. However, it turns out that this area of potential struggle of brands for a better future is much wider. Today, it does not only concern the main field of competence of brands, but more and more often it concerns issues of values and social problems. The conservation of natural resources, consumer lifestyles, gender stereotypes, minority rights – these are just some of the topics that brands are taking up today. And this meets with approval of consumers who, faced with numerous crises and disbelief in the government’s ability to solve them, turn their expectations in this area to companies. And everything seems to be going well, unless …

Brands openly standing up for certain attitudes and values gives them a chance to appear in a very engaging context for consumers. This, however, also poses many risks. What does a bank brand have to do with the climate? Or women’s rights? Obviously not much, and therefore if it does raise certain demands, it provokes to be scrutinized for compliance with the proclaimed values. Does the brand only make declarations? Also, with its actions and standards implemented within the organization, does it put what it stands for into practice? With today’s ease of access to information, hypocrisy and the desire to make capital out of “hitching on to certain topics without basis” has a very short life. Being a brand of engagement poses a great challenge to the entire organization, to be an integral organism – functioning according to the proclaimed slogans and taking specific actions to change the world for the better. And this change today is not simple and in many areas requires joint action.

While in the past rebels automatically became outlaws, rebellion today has taken on a collective nature and this opens up another opportunity for brands. Brands today should not only support consumers in change by giving them the right tools and solutions, but should also build communities around a cause or value. Provide opportunities to join together in action for a desired change.

Rebellion can be a developmental element – both in a person’s life and in the perspective of society. Sometimes it is necessary in order for significant change to be possible. Brands today can build on the energy of rebellion so commonly present in the social space. However, it is worthwhile for them to answer some basic questions when taking such a direction:

Once brands have answered these questions and their sincere intentions are part of a developed and thoughtful strategy, they have a chance to emerge in the minds of their consumers as socially responsible. The ones that consumers can count on and identify with their values. Courage is not enough, truth is essential here. Today’s consumer is very quick to say “check”, and the messages coming from the brand will be scrupulously scrutinized. So the challenge marketers face is big, but it offers an incredible opportunity to stand out from the often repeated messages in the same category. Using the example of those who have prepared well for this task, we can see that the term “go down in history” is not trivial.