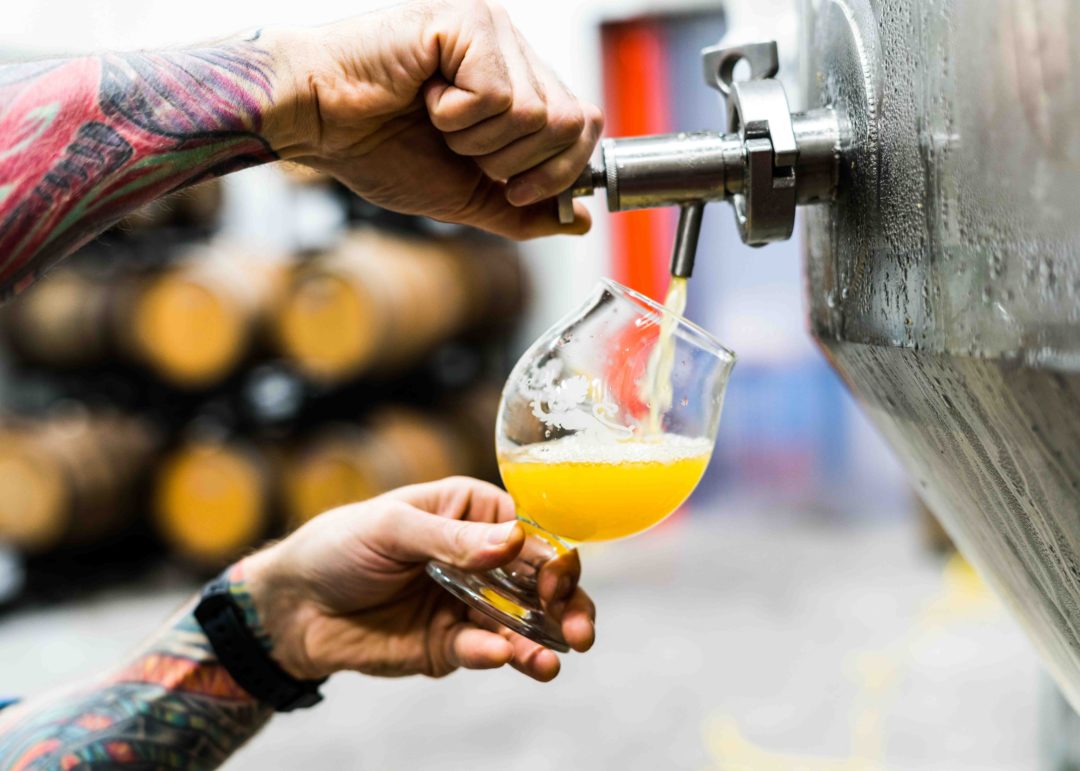 For several years, Poland has been one of the countries with the highest amount of beer consumed per person – what is more, this scale is growing year on year (in 2018 it exceeded the barrier of 100 litres per person per year).

This year promised to be particularly fruitful for the beer industry – two major sports events (Euro 2020 and the Tokyo Olympics) heralded increased consumption and sales of the favourite alcohol among Poles. Due to the growing income and deepening changes in product preferences, a dynamic growth in the sales of premium beers was forecast and two-digit growth in the sales of non-alcoholic beers was maintained. However, the coronavirus pandemic hit the foundations of this category directly – significantly reducing the number of typical beer consumption opportunities (meetings with friends, events) as well as resulting in postponing both sports events planned for this year. The new reality also put smaller breweries, which base a huge share of their sales on the pub and restaurant market, in a very difficult situation.

Despite the sales drops in the initial period of the pandemic, the beer category went through this year’s beer season in a much better condition than the forecasts in March and April predicted. Moreover, the category is expected to grow by as much as about 1% in 2020.

When we look at the reasons for this situation, we should emphasize three main growth factors: continuous introduction of product innovations adapted to changing consumer preferences, the fast growing market of non-alcoholic beers and investments in brand image revamping and new communication platforms.

Due to the specific nature of the industry – most of the new beers are produced by independent breweries, while the three largest beer producers in Poland (Grupa Żywiec, Kompania Piwowarska, Carlsberg Polska) also contribute very strongly to expanding the product offer in the category. It is noteworthy that the number of flavour variants of non-alcoholic beers is constantly expanding – to mention just a few novelties: Warka Radler Strawberry with Rhubarb, Lech Free Passion Fruit & Melon, Somersby Wild Berries. This category with its expanded portfolio, product innovations (including 0.33 cans) and an “adult” image are a strong alternative to juices or carbonated beverages. Product innovations have also been introduced this year in the alcoholic flavoured beers segment – Somersby Sparkling Rose, Desperados Whisky Sour or Lech Free Strawberry Margarita – are expanding the category and quite clearly indicating the potential source of its growth. The emerging segment of low-alcohol flavoured beers such as Warka Radler 3.5% or Desperados Lime 3.0%, where the beer industry is particularly keen on less energy consuming opportunities, should also be mentioned. There were also some novelties aimed at typically male target groups – the market launch of the non-alcoholic version of the iconic Tyskie beer or novelties from Książece (Irish Ale) and Żywiec variants (Vienna Lager and Wheat IPA).

Independent expert opinions indicate that in the next three years Poland may become the country with the highest share of non-alcoholic beer in Europe.

The category has been growing at a double-digit rate for several years now, and last year non-alcoholic beers already accounted for about 5% of the entire market. In 2019, consumers were most likely to choose 0.0% flavoured beers (2.9% of the category), followed by 0.0% non-alcoholic lagers. (1.6%), and finally for non-alcoholic speciality beers 0.0% (0.2%).

This year was another year in which the main players on our market strongly focused on the development of the non-alcoholic beer segment – Krzysztof Hołowczyc encouraged the consumption of non-alcoholic lager in the Tyskie advertisement, Maciej Maleńczuk complained about the lack of alcohol in Warka Radler, and the Żywiec brand presented places where one can consume non-alcoholic beers to the rhythm of the song “Final Countdown”.

The category was also not idle in terms of communication – we witnessed the revamping of the images of key players on the market and the repositioning of brands that were undergoing a slight business slump.

Lech’s new communication platform – “Lechend’s Source” – in which the brand, using a bard character, shows that small, everyday gestures and behaviours are of great importance. The introduction of the new platform enabled the brand to unify the communication of alcoholic and non-alcoholic variants under one communication umbrella, which will undoubtedly have measurable effects in terms of the synergy of these variants.

Undoubtedly, the new version of Kasztelan’s communication was the most spectacular (not only because of the number of extras in the spot or the props and clothes used) as well as strongly discussed in the marketing industry. The brand, with the help of its protagonist – the title character Kasztelan – invites you to a feast which is a variation of the nobility’s entourage with contemporary electronic music. The brand in a clever way accentuates its ethnocentrism (What do you mean from where! From Sierpc) while drawing on the myth of the golden Polish (noble) times.

Regionalism was also very strong in the new communication platform of the Specjal brand, which this year strongly emphasized the locality of the entire supply chain (barley from the region, a local malting plant or even a label printing house), as well as supported local sports clubs by organizing collections and donating funds to fight the effects of the pandemic. Specjal strengthened the pride of consumers in its region by pointing out unique (on a Polish and global scale) events and places located in the distribution area. Both the Kasztelan and Specjal brands, together with a new communication platform, launched revamped packaging on the market, which, together with the communication itself, positions both brands much closer to the standard Premium segment. This is another harbinger of the blurring of the strong division of categories into Mainstream and Premium brands and the progressive “premiumization”.