New stars or old friends? Who can brands spot on the Polish podcasting scene? 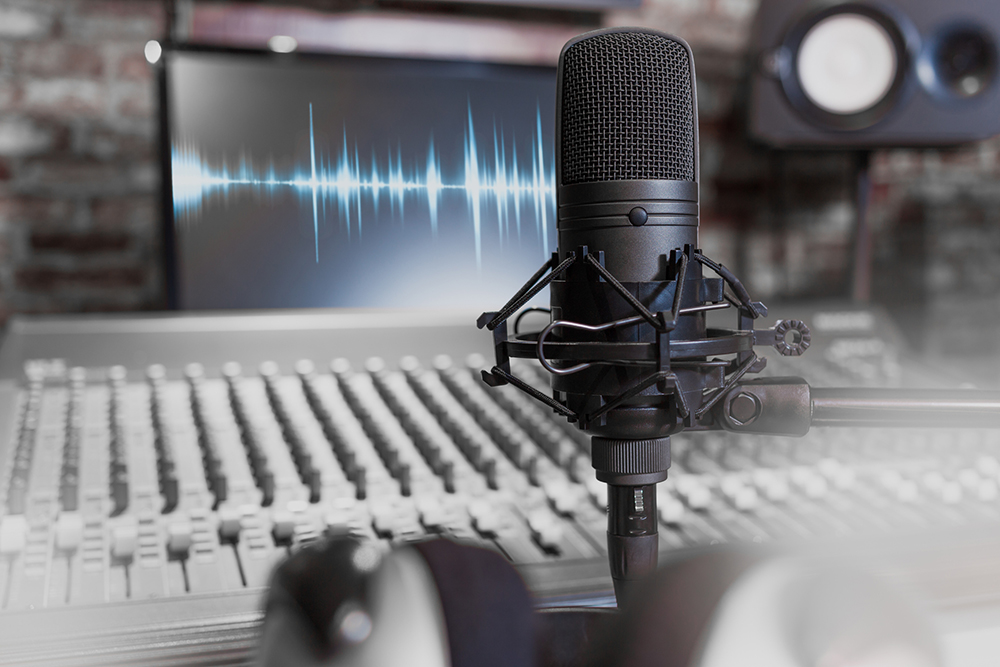 For some time now, podcasts have been perceived by marketers as a new hope for reaching the growing number of those who, disappointed by the lack of in-depth content and increasingly disenchanted with the concept of the frame, are moving away from traditional media. Podcasts tempt with what is beginning to be missing from television and radio. But is the podcast scene really an alternative reality full of new quality and new stars willing to tell the story of our brand with their voice? Who can we currently meet there and what partnership models might result?

Podcasts are slowly losing their niche. Almost 1/3 of Polish Internet users listen to them, which is not much different from the results noted e.g. in the countries of Western Europe and only slightly inferior to the reach of the United States. What is particularly noteworthy is that according to the Tandem Media study conducted by Publicis Groupe, this value increased even in the period of the pandemic, which caused a stir in media consumption[1]. Demand for high-quality audio content is growing, so it’s no surprise that the number of entities seeking to satisfy it is increasing.

YouTube and video platforms have incredibly shortened the path from aspiration to creation, giving anyone with video and audio recording equipment the ability to publish. With podcasting, it’s even easier. Aside from a little creativity, basically all we need is a microphone and a computer. The barrier to entry is not high, so it’s not surprising that we would expect to see a rash of new stars rising with the popularity of podcasting. This has happened to some extent. Small competition in the first period created a few new, interesting faces, which – apart from the creators of crime series – can be best exemplified by Okuniewska, the host of two podcasts, who is probably the only strictly podcaster who can be recognized outside the audience of this format.

Cooperation with appropriately selected independent creators consisting in product recommendation or episode partnership woven into the content is a chance for brands to be exposed to content which is valued by the audience primarily for its credibility. It is also worth mentioning that according to the aforementioned study by Tandem Media and Publicis Groupe, this form of cooperation is the most acceptable for brands to interfere in the content of a podcast[2]. What’s more, the group of podcasters should be attractive to marketers because they are people who have not yet worked on so many commercial collaborations that their viewers would be tired of them.

The growing popularity of podcasting has made people who have gained popularity in other media increasingly willing to look towards it. An incredibly interesting example, although inaccessible to brands given the journalistic nature of podcasts, is Dariusz Rosiak, whose publications on streaming platforms started when his cooperation with Polskie Radio ended. The popularity of the content presented by him, the appreciation of the audience who continuously maintains his activity in the form of patronage, as well as the industry award Grand Press 2020 are further proof of the position of podcasts as a format.

Martyna Wojciechowska is another interesting example of a well-known face who has decided to be independent to some extent and wants to use podcasting as a channel for providing her fans with interesting content that is also in line with her previous achievements. On her channel she touches upon the topics and phenomena she has been associated with for a long time, like travel and the empowerment of women. Although the history of her channel is quite short, she already has her first successful collaborations with brands.

Among those who can be counted in this group, however, the most numerous are those who have long been associated with online creativity, albeit in other formats. We are mainly talking about the figures who have been creating on YouTube, and considering the fact that it is the most important platform on which Poles consume podcasts, this is not particularly surprising. A perfect example is Radek Kotarski known from “Polimat”, who started his podcast with another famous face as a co-host – Dawid Podsiadlo. However, Karol Paciorek’s activity is quite exceptional. Although he gained popularity thanks to the series of short and funny videos on the “Lekko Stronniczy” channel, he seems to set standards on the Polish podcast scene thanks to the “Imponderabilia” series – long, even several hour long interviews, published without cuts, with extremely interesting guests who have much more freedom of speech than in traditional media. It is noteworthy that all of the most important candidates in last year’s presidential election, with the later winner Andrzej Duda, did not refuse to give him an interview.

Cooperation with celebrities is not only a guarantee of reach in the form of a number of truly loyal fans, but it is also a chance to partner with them on high quality content that is unavailable in other channels of their activity and reaches the most demanding recipients.

If not them, then who?

The development of the podcast market in Poland means not only professionalization of the creators, but also the perception of this area by the largest media groups. Those of them that noticed its potential the earliest now have production resources, proven content distribution schemes and are trying to build a base of subscribers ready to pay for access to new episodes. The first two factors also make them attractive partners for brands. This can result in special series that are fully responsive to communication needs, while utilizing editorial resources or involving well-known figures associated with the publisher, which is an extremely interesting prospect. Additionally, a high level of reach or the possibility of including a podcast series in a wider content campaign consisting of various formats may give such cooperation an advantage over partnerships with independent podcasters, especially since research shows that special series created together with brands are also highly accepted by the podcast audience[3].

It’s only going to get… more interesting

There are already quite a few entities involved in the podcast market with significant reach. Although it will be more and more difficult to find completely fresh characters, considering the increasing involvement of TV stars in their own digital projects, we cannot exclude the possibility of launching a podcast by another well-known name. Those looking for independence or the possibility of carrying out their own projects which do not fit into the framework of traditional media may turn to producing content on their own. Also, those who have not been very active in the podcasting field so far, such as some radio groups that have so far somewhat ignored the potential of podcasts as a new channel for audio content distribution, can become active in the podcasting field. For brands, this can have very positive consequences, including more interesting opportunities to tell their stories, especially the longer, complex ones that don’t have room for a 30-second spot or an animated banner.