Innovation is a woman 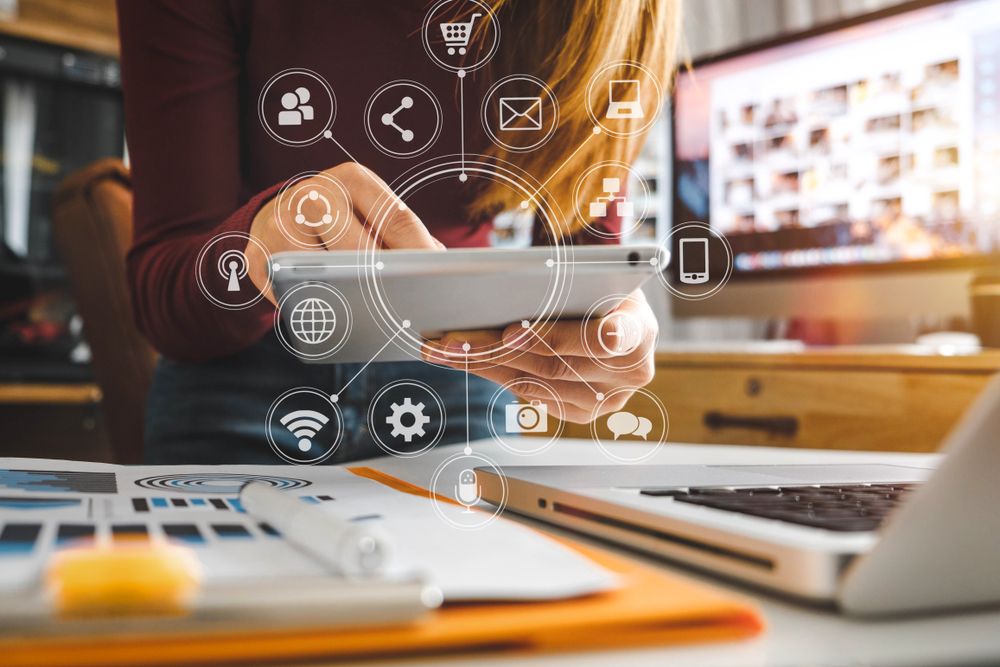 Social change, increasingly strong emancipatory and equality trends, the voice of a younger generation that is more sensitive to issues of exclusion and inequality becoming more visible in the public debate and culture caused a new trend to emerge in marketing a few years ago.

More and more brands in their communication take the side of women, their needs and values, and condemn the inequalities affecting them.

Nike, which offers one of the popular workout apps, just rolled out a set of tips on how to balance your exercise plan with your menstrual cycle for better athletic performance. The company has been offering workout apps to its customers for more than a decade. However, such a seemingly obvious element of a service like this has only now appeared. And we’re talking about a company that has been focusing on women in its operations not since today, creating entire product lines for them and investing millions of dollars in running campaigns supporting them like 2019’s “Crazy.” Nike’s surprising omission is part of a broader phenomenon.

These types of messages and campaigns are no longer niche CSR activities and for many brands have become a permanent part of their communication activities.

The pioneer in this field is undoubtedly Dove, but for the past few years the list of brands communicating in this way has been growing longer. Campaigns such as the aforementioned “Crazy” by Nike, “Like a girl” by Always, “Why there are no women on banknotes” by BNP Paribas, “Viva la Vulva” by Libresse raise the issues of women’s presence in public life, their role, self-esteem, expectations set by society or introduce taboo subjects such as menstruation into the public discussion.

Each of these campaigns is right, both from the point of view of the idea of equality and modern marketing, which is increasingly built around brand purpose. However, taking part in the public debate or introducing previously absent content, however important, does not solve many everyday problems faced by women.

Caroline Criado Perez’s book “Invisible Women. Exposing Data Bias in a World Designed for Men”. The author draws attention to the fact that very often the “default” or “average” imaginary user, for whose needs and specifications products and services are designed, is in fact a man. And this is despite the fact that a given item or service will also be used by women. It seems to be meaningless, especially in light of the postulate of gender equality. However, Criado Perez cites plenty of evidence that the fact of who is the default user can be very fraught with consequences.

For example, the fact that drugs are tested mostly on men. But the dosage thus determined already applies to women as well, who often have lower body weights and physiologies not 100% identical to men’s. Or the fact that women in the UK have a 50% greater chance than men of being misdiagnosed with a heart attack. The reason is that its symptoms for men and women are not identical, and the ones for men are better realized and described. Now imagine that the authors of software to monitor and automatically report a suspected heart attack rely on the most readily available data.

Would we call such a solution effective when it could potentially fail for half of the users?

Computer programs are not free of some kind of bias either. Google’s voice-recognition software works 13% better with male voices than with female voices. One possible explanation for this difference is that it is trained on male voices much more often than female voices during its development. This fact becomes even more important if we consider that we use voice control more and more in our everyday life and it is inconceivable that in a few years half of the users will have problems with, for example, turning on the light or starting the car.

There are many more examples of similar situations in various areas of everyday life. E.g. in the clothing industry, where many brands apply the “shrink it and pink it” principle. According to this principle, it is simply enough to proportionally shrink a garment and change its color scheme to a more “feminine” one in order to obtain a full-fledged product for women.

Caroline Criado Perez gives too many documented examples to list them all. But the fact that there are so many is an opportunity for companies and brands, both in a marketing and business sense. Hence the already emerging call for women-centered innovation.

According to Forbes, women now make nearly 80% of purchasing decisions and are responsible for 70% of major financial decisions regarding themselves and their families.

If the needs of such a large and significant group of consumers are not fully satisfied, it is no wonder that every brand that manages to satisfy even one of them wins a group of faithful users. And this group is rapidly expanding, as women are more willing than men to share what moves them and are responsible for 62% of the content shared online.

For now, small companies and start-ups are leading the war for female users. According to Boston Consulting Group estimates, big companies have recently lost USD 18 billion to them.

No wonder, since Bellabeat, for example, introduced a device that measures the number of steps, monitors sleep and menstrual cycle, and on the basis of this data determines the level of stress and suggests appropriate relaxation, meditation or breathing exercises. The device doesn’t quite resemble a James Bond watch, like many available on the market. Rather, it’s a tasteful piece of leaf-shaped jewelry that can be worn as a bracelet or necklace, or conveniently hidden under clothing.

Maven Clinic, on the other hand, is a medical service designed to take care of women’s health holistically. It is not limited to gynecological issues, but also addresses proper nutrition, appropriate exercise, psychological support and other issues about which, for example, family doctors often do not have enough knowledge. The solution gives female users access to a network of specialists who are able to help with a much wider range of topics than traditional medical clinics.

The number of companies, most often founded by women, that address unmet needs in other areas such as beauty and cosmetics or menstrual issues (from underwear to home-delivered organic tampons) has grown exponentially recently. So it’s no surprise that Nike, too, has decided to take a closer look at its own offerings and fill an important gap so it doesn’t risk losing female users to fast-growing competition.

Nike has joined the ranks of companies that have recognized that telling the story of the most noble and righteous ideas should not just be the domain of the marketing department, but part of the company’s daily practice and product offering.

In an increasingly competitive marketplace, the opportunity to innovate must be sought in a variety of areas. Caroline Criado Perez’s book provides more than enough inspiration to create innovations that put women at the center. Any company that decides to bet on it increases its chances for effective marketing and advertising. Nothing is a better basis for them than a real market advantage, which is difficult to copy by competitors and responds to a real need of consumers. Even more so if we are talking about consumers who decide on 80% of the expenditures.