Communication of Brands in the Face of the Women’s Strike 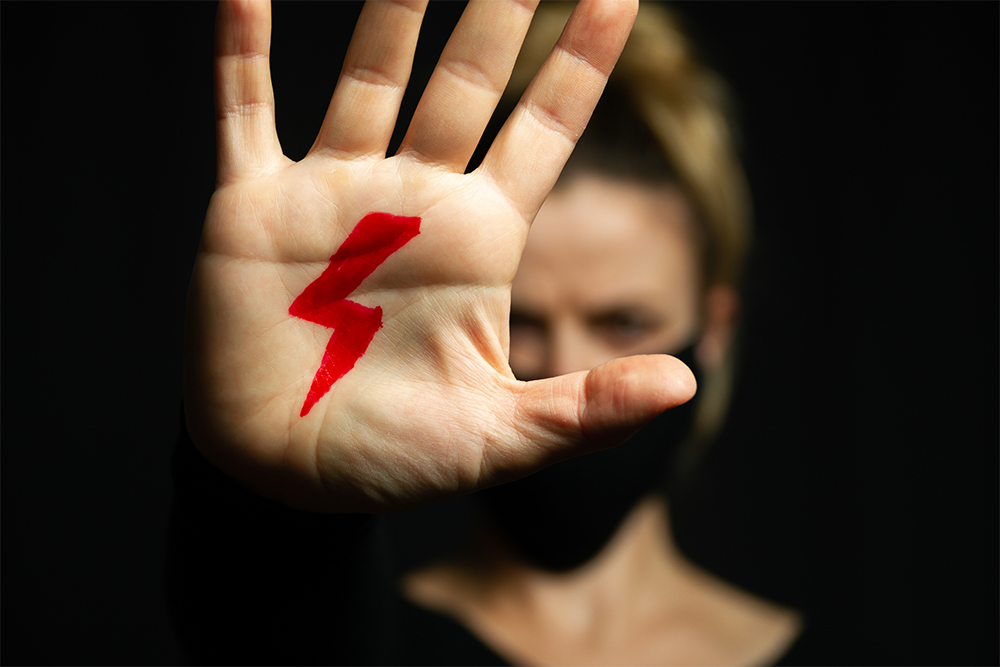 More than two weeks have passed since the controversial judgment of the Constitutional Tribunal, which further restricted the existing abortion law.  During this period we could observe various reactions of the brands that decided to take a stand on this subject.  It should be noted that brand activism or brand advocacy is much easier to come by on issues that do not spark such fierce disputes – such as caring for the environment, helping the poorest, supporting children or animals – usually fits into the CSR strategy and has an unambiguously positive impact on the brand image.  The issues of reproductive or sexual minority rights arouse much more heated discussions in Poland, which is strongly polarized in terms of customs, as IKEA has painfully learned after posting a photo of the rainbow doormat(!) on its Facebook profile[1].

The question of where, to what extent and which brands should interfere in the discussion on social issues remains open, but we can draw a lot of conclusions and observations on this subject from recent weeks.

The only big brand that took a clear stand was mBank – a short video with pictures of employees and workers in a red frame with a symbolic lightning with the following short, blunt description was posted on its social media:  “We support”[2]. Not surprisingly there were more than 4.3 thousand comments under the post. Even though a small proportion of consumers were negative about this type of declaration or announced a boycott, it seems that this type of engagement would not harm the brand.  Considering the younger, rather big-city and liberal target group, or the long-term support of the Great Orchestra of Christmas Charity [WOŚP], this movement, although bold, was also appreciated as pioneering and consistent with the values of the brand and its consumers, and played out with tact – the voice of the employees, not the bank as such.  The Green Caffè Nero chain also made a subtle reference to the situation, which it made available a post with a lightning bolt on the foam and the words “Coffee is a woman”, also provoking twofold comments from customers.

The involvement of the digital industry (more progressive by nature: Netguru or the Internet business of Pani Swojego Czasu) and brands that are created by and for women – especially jewellery (e.g. Umiar, LAU, Kopi), fashion (e.g. Paprocki&Brzozowski, MLE Kasi Tusk, Medicine, Le Brand, Elementy, RISK made in Warsaw, Kubota) or cosmetics (YOPE, resibo, Annabelle Minerals or even – more conservatively – Avon) was much more natural.

What is important is that smaller brands much more often engage in actual help for the cause, e.g. by transferring income from specific products to women’s organizations or even creating charity collections, referring to the symbolism of the strike. A similar campaign with a dedicated cake was carried out by Lukullus.

The internal action, e.g. enabling employees to leave work for one day without consequences (as part of a national strike), which was also communicated by several companies (e.g. SpidersWeb) and those in which women constituted the majority of employees sometimes even suspended their activity on that day (YOPE, RISK) was important from the employer branding point of view, and less polarizing.

The biggest faux-pas associated with communication on the occasion of the Women’s Strike turned out to be the absurd influencer posts that circulated the Internet.  The extreme case was the combination of the promotion of Olimp Sport Nutrition bars with the fight for women’s rights, from which the brand quickly cut itself off, broke off its cooperation and resisted the wave of hate that spilled out on the creative nature. All other women influencer posts also received negative feedback, in which they referred to the social situation while marking sponsor brands.

However, the issue of brands’ involvement in political discussions is not special for Poland. Suffice it to recall the recent activity of the Patagonia brand, which placed the message “Vote the assholes out” on clothes labels. (Vote against assholes),  “assholes” is here understaood as all politicians who deny the existence of the climate crisis or ignore scientific reports [3].  But what befits Patagonia, a brand always created in the spirit of the “activist brand,” will not necessarily work in other cases.  Nevertheless, most of the criticism that falls on the brands in office oscillates around: “Maybe let sports clubs do the sport, banks do the banking, and coffee shops do the coffee”. This thesis may not work for Gen Z or the millenials, who are more likely to expect brands to become involved in social issues and to declare values[4].  Considering the wide target group, it is worth remembering that customers may have different opinions, but also simply do not want the neutral ground to become another field of the world fight.