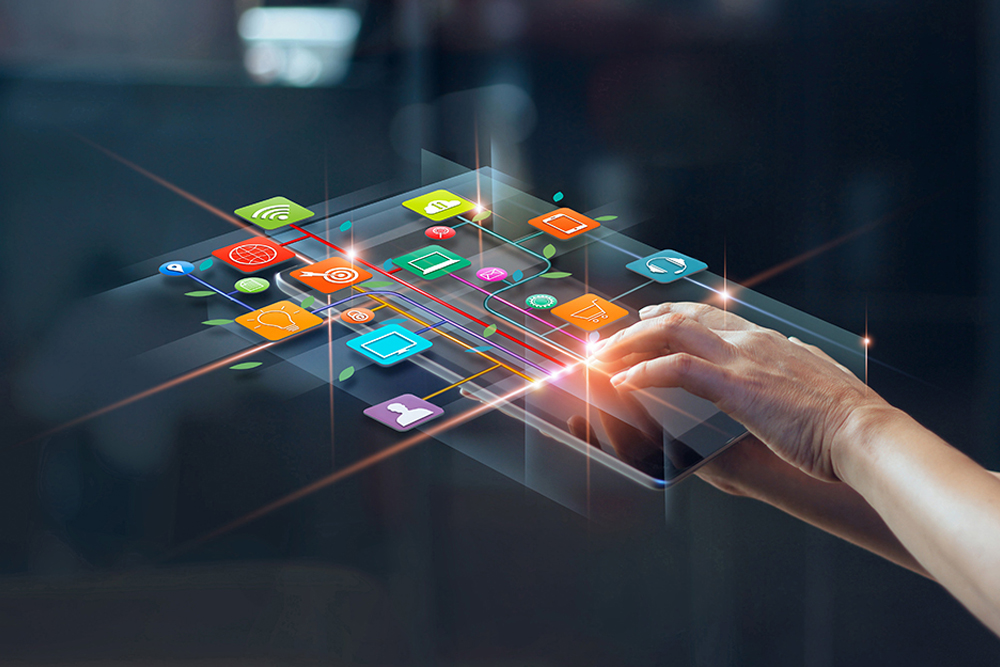 One of the categories that suffered most during the pandemic was sporting games.

Taking care of the health of the players and spectators, most of the professional leagues in the world either ended the playoffs prematurely or played them to a very limited extent. This was also the case with the NBA basketball league, in order to finish the season, which was halted in March, the league gathered teams that still had a chance to fight for the title in the Disney Sports and Entertainment complex in Florida. There, with no audience and no possibility for players, training, medical and resort staff to leave the complex, the teams were to compete for close to three months for the Larry O’Brien trophy, which was won by the Los Angeles Lakers on October 12.

Although this year the league’s finances have suffered greatly because of the pandemic (journalists estimate that this year’s revenue was about 60-65% lower YoY), a decision was made to take advantage of the specific situation and test new technological solutions for the transmissions, which will make watching the matches more enjoyable and allow the viewers to experience the game at a deeper level.

Fans were given the opportunity to virtually watch the match – the courts where the matches were played were surrounded by huge LED screens called Virtual Walls.

320 numbered virtual places were prepared in this way. Each team received a specific pool, which they could then pass on to their fans. Some teams made them available to season ticket holders, who at the beginning of the season bought physical seats in their home arenas, and due to the pandemic could not watch the matches live. Other teams organized a draw – after filling in the application form the fans could take part in the draw for one virtual place. If they were lucky, the system generated an individual code for them, which enabled them to log in to the application, thanks to which they could watch the match on their computer screen as if they were sitting in the drawn place of the court on the one hand, and with the help of a computer camera their face and emotions were also transmitted on screens set up around the court and visible on TV broadcasts on the other.

The disadvantage of this solution was that the system used by the NBA assigned seats randomly, which actually made it impossible for several people to participate in this experience, e.g. with a friend or family member.

Seeing the huge interest and demand among the fans, the beer brand Michelob Ultra quickly seized the opportunity to draw attention to its brand, while solving the previously described problem. After signing an appropriate agreement with the league’s authorities, the brand received a portion of the virtual seats (two tickets each!) to be distributed among people who, thanks to the dedicated https://ultra.promo.eprize.com/courtside/ website, could thus get tickets for their favourite team’s match more easily for themselves and the other indicated person.

Other solutions offered to the audience are based on Virtual Reality technology.  It works on the principle of several dozens of wide-angle cameras placed just behind the lines of the court, and the spectators using the VR set can watch the match from any place on the court and can thus literally be in the very center of the action.

After previous cooperation with Apple and Yahoo, since August the NBA signed an agreement with Oculus (owned by Facebook), under which the technology will be further developed, and in addition, the first row view will also be used for standard TV broadcasts broadcast on ESPN, ABC and TNT stations.

Another direction, which was initiated by Steve Balmer ( he was the CEO of Microsoft for 14 years and now owns one of the teams), is far-reaching customization and interactivity of the message. Based on the assumption that every viewer likes to experience sports emotions differently, Balmer has created the CourtVision application in cooperation with Second Spectrum technology company, which uses augmented reality technology, artificial intelligence and big data.

The commercialization of the project falls on the turn of 2018/2019, in the beginning three different modes of watching the match were made available to the viewers:

Coach mode – which, with the help of diagrams and specific diagrams appearing on the court or with the players, explains and describes the individual plays of the teams to the viewer on the court.

Player mode – all the most important parameters of players are updated and visible in real time mode on the court, e.g. a player is described by the percentage efficiency of throws, which is updated at the same time as he moves around the court.

Mascot mode – here, during the game, numerous animations, graphics, sounds and other special effects are emitted on the screen, adjusted to what is happening on the court.

CourtVision’s technological partner is the Fox Sports station, the application is still in the beta testing phase and you can only watch Los Angeles Clippers games. Second Spectrum is working on further development of the technology for further transmission modes and is talking to the other 29 teams and the NBA league to make this solution available to viewers as part of the full schedule for next year’s games. The transmission delay time is also optimized in relation to traditional TV, which at the moment does not exceed 2 minutes, and ultimately is to be no longer than a dozen or so seconds.