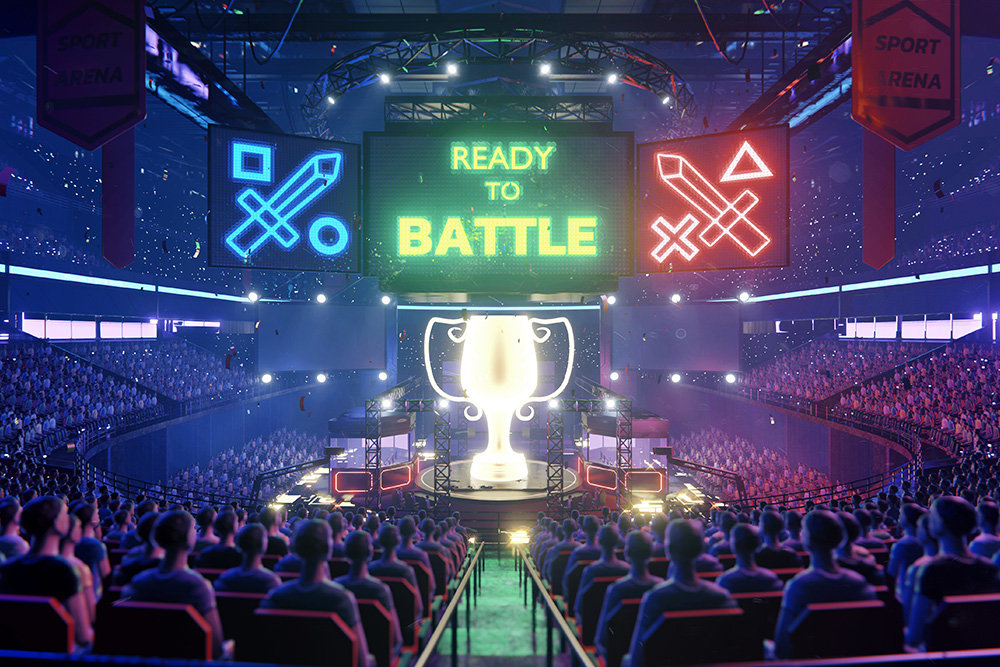 There is no doubt that the pandemic that has been sweeping Poland for a year now has dramatically changed the way we use media. Consumers spend most of their time at home, and the e-commerce sector recorded record increases in market share. The pandemic has also certainly helped the streaming form of entertainment, which was already growing rapidly. But first, let’s start with a brief definition of streaming – consider it a channel for reaching consumers by allowing them to stream content from their computer in real time and interact with viewers instantly via chat.
How dynamic is this development?

According to Statista, in 2012, users of Twitch – the world’s most popular streaming platform – spent 72 billion hours watching content. Is that a lot? In 2020 it will be 1 trillion 116 billion hours! This amount of time would allow us to fly on the space shuttle to the Sun… 781 thousand times.

Poland is a part of the global trend

The unprecedented growth in the popularity of this new and still not fully exploited media format, i.e. streaming, has of course not bypassed Poland, which is clearly shown by the figures in the live streaming market study for 2020 conducted by inSTREAMLY. For example, the time spent watching content broadcast by the 5 most popular Polish streamers on the Twitch platform is over 50 million hours. It is also worth noting that the number of viewers who simultaneously follow a live stream often exceeds several tens of thousands, which means that in the coming years, these values may reach a level comparable to television productions.

I play because I like to, I stream because I play

Streaming as a relatively young medium also has young creators. Out of 350 streamers who took part in the survey, as many as 75% of them are between 14 and 25 years old, and more than 50% of the respondents indicated that they have secondary or incomplete secondary education (they are in the course of their education). At this moment in Poland streaming is also a domain of men, as they constitute almost 85% of the surveyed group. Unlike YouTube, which has already achieved almost complete commercialization and professionalization of the content of the most popular creators, Twitch still remains a strongly “organic” medium, where 40% of the streamers surveyed answer that they do it “for fun”. On the other hand, more than 32% of respondents declare that they associate live streaming with their future, so we can say with a high degree of certainty that the Twitch platform will follow exactly the same path of content professionalization as YouTube.

There’s little surprise in the fact that the age, education and gender of people watching streams matches the data collected among creators. On the other hand, the data regarding the place of residence of the viewers are very interesting, as most of them live in… rural areas (29.6%), then in cities with a population of over 250,000 (24.6%) and towns with a population below 50,000 (21.6%). This rather surprising characteristic clearly shows how widespread and egalitarian streaming is. It is also not prone to any type of exclusion. According to market research, more than 30% of the audience spends more than 12 hours a week watching streams, which puts them practically on a par with people watching classic TV. Exactly like them, they also have their favorite channels, as liking a particular streamer is the reason for watching streamed content for more than 70% of the respondents. However, they differ in their attitude towards commercials, as those who watch streams do not turn them off, realizing that this is the main source of income for the creator, allowing them to broadcast regularly.

Although the Twitch platform has been around for 8 years, streaming is still a new and dynamically developing medium in Poland. This situation makes it possible for brands to establish interesting, unprecedented cooperation with committed creators and their devoted communities, whose interaction with consumed content goes beyond the scale known so far. This is best illustrated by the numbers, as the most watched category of streams in Poland is “Just Chatting”, i.e. specific Q&A sessions where the creator spends time with their community, watching e.g. the most popular videos on YouTube at the moment. Following close behind are broadcasts of games in the free-to-play category, namely League of Legends, Counter-Strike: Global Offensive and Fortnite, which shows that streaming is very close to e-sports, as the aforementioned games have the most extensive gameplay for professional players in the world.

“We don’t want to tie the term ‘streaming’ exclusively to gaming. Rather, we want streaming platforms to start being perceived as a new touchpoint, a tool that can be used in traditional media plans alongside other formats such as display or video,” – says Olga Stalewska, Head of Game Lab, Publicis Game Lab.

Does the dynamic development of the new medium mean that every campaign should now include an element of activities with streamers? Everything depends on what product to be advertised is and what effects we expect. The results of the survey clearly show that most often (90% of responses) the stream is watched by between 100 and 100 viewers at a time, but this is an extremely specific group of recipients, so the right choice of advertised brand or product can translate very effectively into building recognition or conversion to sales.