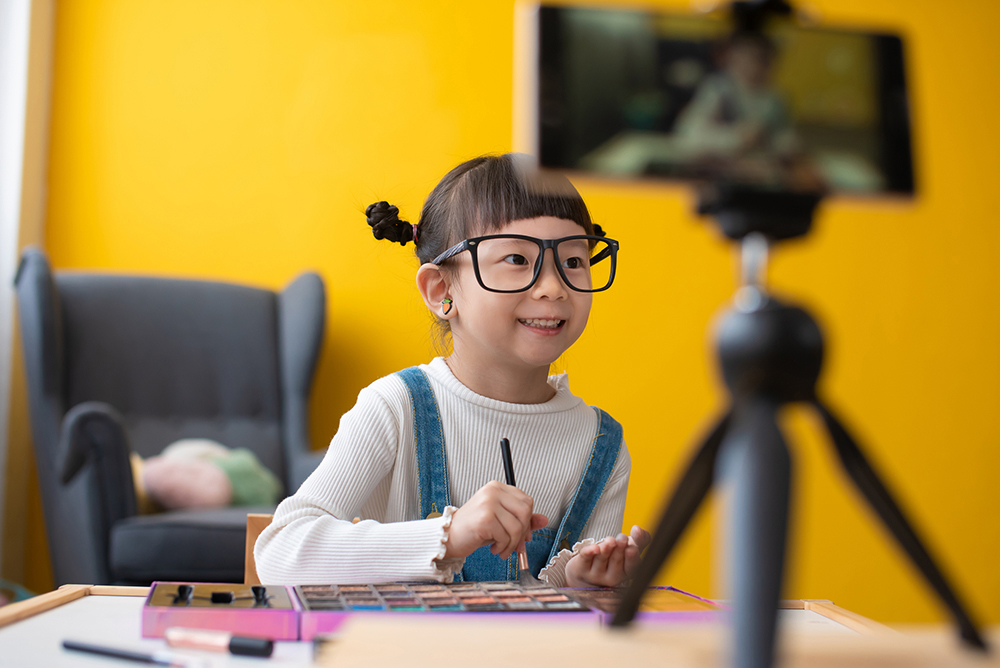 The recently published survey “Girls’ Aspirations in Poland”, conducted by IQS for the newly established organization Inspiring Girls Poland, shows that almost half of the girls (48%) aged 10-15 considered running a channel on social networking sites such as YouTube, Instagram or TikTok as an attractive occupation in which they see themselves in the future.

I would like to mention – although I think that this does not need to be emphasized – that at present in the official classification of professions according to CSO – youtuber, instagramer, influencer simply do not exist.

What do young people want to do in the future professionally?

Do we adults fully enable them to do so?

Can the “professional influencer” only be mocked?

To begin with, studies are still in the distant future for people of this age. This is also evident from the aforementioned study, as in the group of girls surveyed, the answer “I don’t know”, given to the question of “desire to continue studying at university” was 39%.

So why is there such a significant number of answers about the profession they want to pursue when, in theory, one does not start working until after college?

It is our current world that has created a vision of social media as a place to work for young people. After all, we spend 6 hours and 44 minutes* per day there [1], and the lockdown largely contributed to the growth relative to 2019 (+11% or 2.5 million users). Young people aged 13-17 are also becoming an attractive audience for ads on social media channels – they account for 7.5%.

Being an influencer is not only a way to earn good money, but also to get products or services that they want. The head of the #paid agency, Brayan Gold, in an interview with cnbc.com conducted in 2019 explained that “With 50,000 followers on the platform, an influencer can earn an average of $1,026 per post, and with 250,000 followers, they will already get $3,766. The rate increases as the number of followers increases. Of course, the prices may vary depending on the campaign – in some it will be a few hundred dollars, and in others several hundred thousand”.

What is the situation in Poland? From a few thousand to a dizzying several thousand per… and this is the most important issue.

What do we pay influencers for?

You could approach this with a bit of mockery and say that for showing off their product. But if we look deeper we can see that this amount consists of the following factors:

And what do marketers get in the end?

An increase in metrics!

78% of respondents believe that influencer advice is effective in marketing (B2B), and 74% of marketers believe in better customer experience thanks to their actions [2].

There is also a large number of influencers on the market who do all of the above personally or work in small teams and have a huge impact on the final content produced.
One of them is Kasia Gandor, a YouTuber, but (and this “but” is very important) also a biotechnologist, recognized by Ofeminin.pl as “Girlboss of the Year” 2020. Kasia “invents topics, data and statistics, and then assembles stories from them. She writes scripts, creates animations and guides the audience through her world. She likes to look at the world through a microscope, she values facts above opinions, and cats above dogs. In her team she has 2 more people – Maciek (cameraman, editor and graphic designer) and Kamila who helps with organization and communication. The effects of her work are watched on YT by hundreds of thousands of people. There are many more artists like Kasia. These people have an impact on how the “professional influencer” may be perceived by adults in the coming years.

However, the change in young people’s professional preferences is also reflected in their education and preparation for the profession. In Słupsk the first ever class for vloggers will be created. In addition to medical, psychological and legal profiles in this particular high school we will also find a gaming profile (for future Twitch stars and e-athletes), or a profile of New Technologies. Such profiles already exist in the US or Milan. Is it only in Słupsk that the youngest can broaden their knowledge of new technologies, coding and gaming?

The International Computer and Information Literacy Survey (ICILS) measures students’ readiness for life in digital reality, among other things, it checks their level of preparation for learning and working in the digital world and assesses whether they are able to search, evaluate and transform information with the help of a computer, as well as share it with, for example, their peers. The latest survey took place in 2018 and involved more than 46,000 students and 26,000 teachers from 12 countries. Unfortunately, Poland did not participate in this survey. However, we were surveyed in 2013 (2870 2nd grade middle school students from 157 schools and 2228 teachers) and compared to the countries surveyed in ICILS, Polish students did very well! The average score of Polish students was lower only than that of students from the Czech Republic and did not differ from the achievements of students from South Korea, Australia and Norway, with little variation among the top 12 countries in which Poland was placed.

In Poland, higher scores were achieved by girls. Average computer and information competences of students were better the larger the locality they lived in. The lowest results were obtained by students from rural schools. IBE researchers have shown that the level of these competences is strongly correlated with the Polish language, mathematics and computer science grades, as well as with the average examination result of the school. The strongest correlation is with grades in mathematics: the higher the grades in this subject, the higher the computer competences.

In conclusion – the career preferences chosen (in this case by girls) certainly didn’t surprise us that much, or at least it shouldn’t be anything surprising for marketers. The huge marketing potential in influencers makes it a desirable “profession” for both sides. On the one hand, it would educate quality creators, and on the other, it would regulate the rules of cooperation with them.

Young people associate their future with the online world and technology, because it is the environment in which they are raised. That is why designing, coding and gaming are also on the list of professions they would like to do in the future. Fortunately, as research shows, even at an early stage of education we are able to provide them with the tools they need to pursue their passions. The only thing left for us to do is watch the process of acquiring these skills so that they become a mutual value.

[2] A study by TopRank Marketing, the impact of influencer marketing on B2B marketing