Numbers and facts about the 32nd Summer Olympic Games in Tokyo 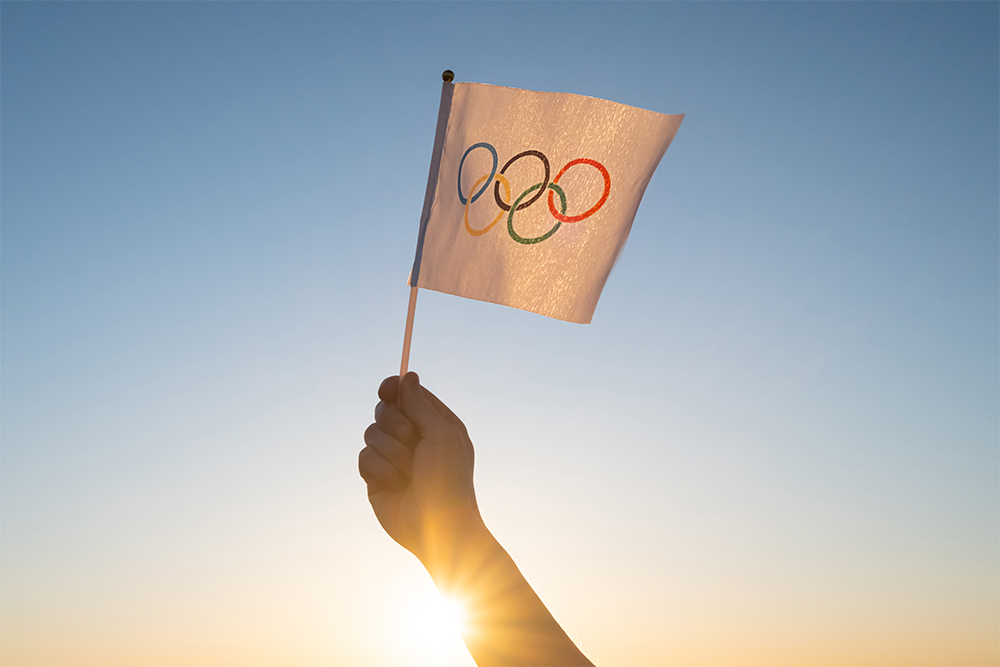 The 32nd Summer Olympic Games in Tokyo, delayed for a year by the pandemic, have just started, with the first competitions taking place on Friday, i.e. 2 days before the opening ceremony.  This is a unique sporting event not only because of its prominence and the change in start dates, but also because of the decision not to have fans in the stands of the New National Stadium in Tokyo.

The USD 1.5 billion, three-tiered complex, designed by prominent Japanese architect Kengo Kuma, was expected to hold 68,000 people during the Tokyo Summer Olympics, and the capacity was reduced to 58,000 for the 2020 Paralympics to create more space for people with disabilities.

Due to the state of emergency in Tokyo caused by the Coronavirus, the Games will be held without spectators.  Groups of about 10,000 diplomats, foreign dignitaries, Olympic sponsors and International Olympic Committee members will be the only spectators present at the opening ceremony.

A poll conducted 100 days before the event by Japanese news agency Kyodo News found that 39.2 percent of respondents want the Games canceled and 32.8 percent favor another delay.  All in connection with the still persistent number of illnesses.  Interestingly, as of April 12, 2021 (the date the survey ended), there were 2,883 new cases of illness in Japan, and as of the date this post is being written (7/20), there are 2,329 new cases, and the number of illnesses has been increasing since the end of June.

It was also found that 24.5% of people who participated in the April 10-12 survey want the Olympics and Paralympics to take place.

The International Olympic Committee announced that it expects 80% of those staying in the Olympic village during the Games to be vaccinated. All athletes received vaccines under a special agreement between the IOC and Pfizer.  Nearly 6,000 doctors in the Tokyo area have called for the cancellation of the Games.  More than 415,000 people have signed a petition organized on the Change.org platform in favor of cancelling the Games.

This year’s Tokyo Olympics will feature some 11,500 athletes vs 79,000 officials, support staff and journalists who will come to the Japanese capital from overseas, bringing an influx of people from all over the world to Tokyo despite the ban on international spectators.

What’s really exciting is that the Tokyo Olympics are set to be the first ever gender-balanced Games, with 49% women and 51% men competing.  The Paralympic Games have a female participation rate of 40.5%, up from 38.6% who competed in Rio in 2016.

The official cost of hosting the Games has increased by 20% from the original budget and stands at USD 15.4 billion.  Revenue from emissions rights covers 73%.  Nearly 79,000 tons of electro-waste were collected and processed to produce about 5,000 medals.

The competitors will be able to win them in 339 competitions in 37 sports disciplines, including 4 completely new ones: karate, skateboarding, surfing and sport climbing.

To sum up – the 32nd Summer Olympic Games could definitely be called the Games of Change – from the date, to the audience, to the disciplines, and finally to the impressive turnout of athletes compared to previous sporting events.

One thing that has remained constant (since its introduction in 1968) is the presence of a mascot – this year’s MIRAOTOWA has the special power of teleportation.  So let it transport us to this already quite spectacular event.