Is it Possible to Cooperate While Competing 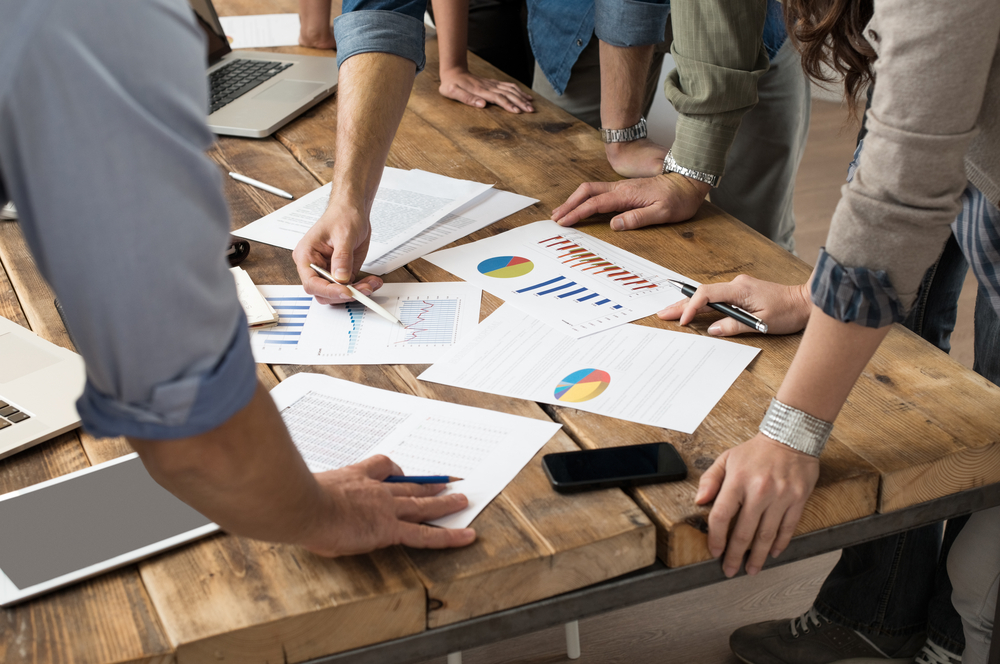 Coopetition as a strategy for building competitive advantage or achieving a common goal.

COOPETITION is a neologism combining the words cooperation and competition, used to describe cooperation between competing entities.

The term itself was first used in the United States in the early twentieth century to describe a formula for cooperation between independent oyster distributors, operating in one city. Their goal was to supply the common area in which they operated with the goods offered by each of them as efficiently as possible.

Of course, we can also think about the benefits of cooperation from a broad evolutionary perspective. The development of social skills, the formation of groups and the ability to work together within them, has allowed us to survive and evolve as a species. In business, the concept became widespread in the 1970s and 1980s. Simultaneously with the development of game theory on scientific grounds, describing conflict situations and possible strategies to maximize profits.

The idea of coopetition, and at the same time its greatest challenge, is to move away from the perception of business situations as a zero-sum game, where in order for one party to gain, the other must lose, to a positive-sum game, where cooperation can bring each party more benefits than tough competition.

And while the dominance of competitive relationships remains a constitutive feature of market economies, the advantages of cooperation are increasingly appreciated, as we have undoubtedly seen in the fight against pandemics. Not only governments and structures of international organizations have joined the common fight against COVID19, examples of cooperation for the common good can be observed between competing companies every day.

One example is the alliance between Apple and Google to develop an automated Bluetooth contact tracking system on mobile devices to monitor the spread of the coronavirus. In this case, it was necessary to share the location information of users on both platforms to create effective notification applications.

But is cooperation between competitors just a matter of emergencies, when rising above self-interest may seem like an absolute necessity? Well no, there are plenty of examples of cooperation between rival entities in less extreme circumstances as well.

Why engage in cooperation with a competitor?

There are at least two strong reasons to join forces with those with whom we compete.

In 2013, Ford and General Motors partnered to develop a new generation of high-tech automatic transmissions to improve vehicle efficiency and fuel economy.  Both companies had the same priority – developing powertrain technology. The two also had complementary resources – Ford was a leader in 10-speed and GM in 9-speed automatic transmissions. Joining forces allowed both companies to reduce implementation costs and more quickly meet their goal of releasing models equipped with the latest solutions, giving them a competitive advantage over the rest of the market.

In 2020, Ford invited the Volkswagen Group to jointly invest in the Argo AI start-up, making the two companies partners in developing autonomous driving solutions.
The Self-Driving-System (SDS) created by Argo AI is expected to be used independently in models from both companies.

In view of the Covid-19 pandemic and its effects on the global economy, undertaking effective cooperation between strong companies is particularly important. Such cooperation will significantly reduce the cost of developing new models, enable the global uptake of electric and commercial vehicles and strengthen the position of both companies.

What is the biggest challenge in collaborating with a rival?

There’s no doubt that it’s difficult to meet the requirement of sharing resources, bringing your own expertise and resources into a collaborative arrangement. The question then always arises – how to do it without losing your uniqueness? However, a clearly defined goal and scope of cooperation allows to build a framework defining its principles. Coopetition is not about exchanging everything, but about contributing to a common goal.

An even more difficult issue seems to be the emotional aspect of such a model of cooperation. Adopting a win-win perspective is easier for some, while for people with a strongly competitive attitude it is more difficult, both in life and in business. Therefore, it requires mental flexibility to perceive in the eternal rival a partner for the needs of cooperation in a particular project. It is becoming particularly important to establish the principles of cooperation in such a way that neither of the parties becomes dependent on the other (even if the proportions of the contribution are not equal). In the case of Volkswagen and Ford, it certainly helped to “brand” the cooperation with an independent structure – Argo AI, which allowed the parties involved to mentally break away from strong identifications with one of the companies. It helped to emotionally maintain a sense that each party was on an equal footing.

What happens when we don’t cooperate?

Coopetition can be talked about in terms of its benefits, but the barriers to entry into such a model, especially the mental ones, can be very strong. When considering such possibilities, it is worth asking ourselves a question – what will happen if we decide not to cooperate? We can gain by doing it, but we can also lose a lot by avoiding it. If not us, then maybe someone else will decide on such a deal, will benefit from it and gain an advantage over us. We will remain with the status quo, we will not develop, which may also mean that are market position may be weakened.

In today’s very dynamic times, with rapid technological progress and development of more and more specific specializations, acting alone may increasingly prove to be insufficient to maintain attractiveness and a good market position. Incidentally, this does not only concern business, but also other spheres of our everyday functioning. In the face of the challenges posed to us by, for example, the climate crisis, it is better if we learn as soon as possible to think in terms of the common good and purpose, and learn to switch from a competitive mode, in which we adopt an “us or them” perspective, to a spirit of cooperation in which each side gains.