Do the pastimes of our grandparents have a chance to defend themselves in today’s world? 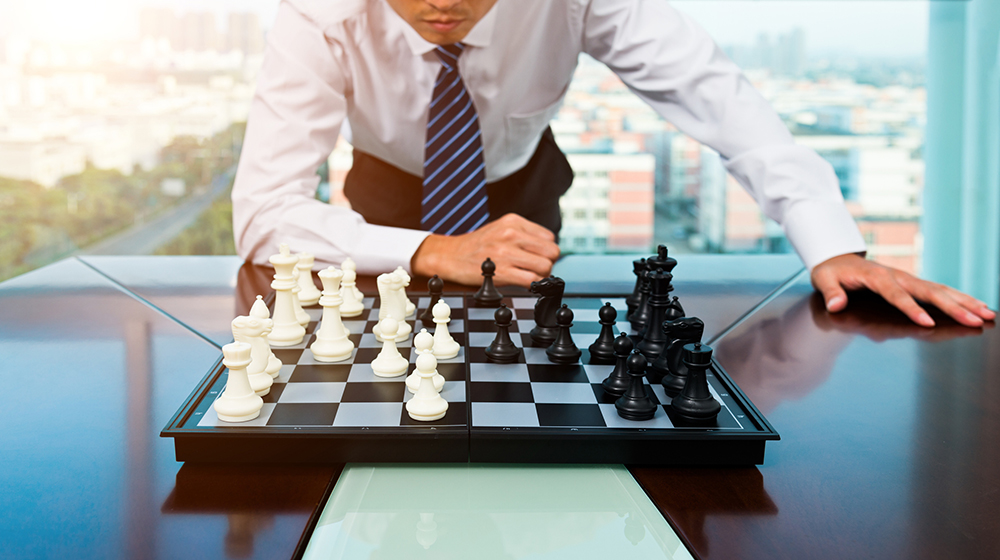 “The world is changing, the sun is setting, and vodka is running out” wrote Andrzej Sapkowski in his novel. As far as vodka is concerned, due to the pandemic we are left with only the memories of searching for open stores after 2 a.m. – but the fact itself is indisputable in Polish conditions. In the case of the Sun, after the discoveries of Copernicus and Galileo, the thesis seems to be unquestionably scientifically proven. Therefore,the statement The world is changing, which at first glance should also not arouse controversy, still remains. Scientific discoveries, technological developments, and the education of mankind are all changing exponentially, and the world is rushing towards something new with unprecedented speed.

Objects, professions, ideas are being replaced by new ones – in accordance with the principle of adapt or perish.

Does the same go for passions?

Do the pastimes of our grandparents have a chance to find their place in today’s world?

Does what attracted millions of people in the 20th century still have the right to be attractive in the 21st?

Games like Bridge and Chess were very popular in the 20th century. In student universities it was easier to find 4 people willing to play bridge than a person studying for an exam. People waiting with a chessboard for their opponent were visible in every park. Today, at universities it is difficult to find a person who has an idea of how many cards make up a deck, and in parks it is easier to find an empty bottle of booze than a wooden bishop. For years, both the Polish Association of Sports Bridge and the Polish Chess Federation have been experiencing declines in the number of registered members. The problem is so big that the number of juniors is also dropping significantly, and thus these disciplines have begun to go into extinction.

For years, this was thought to be due to the nature of mental sports – little physical activity, fairly complicated rules, or a general aversion to difficult, sometimes unsolvable puzzles. The myth of little physical exercise fell relatively recently at a time when everyone was confined to their homes because of covid. At first glance, this seemed like a salvation for mental sports, which, after all, can be played online, and the lack of physical competition can be replaced with mental competition. Unfortunately, the online games did not turn out to be popular enough to say that they attracted a group of new people fascinated by Bridge or Chess. The next two theses refuted the recently popular board games. The real nail in the coffin, however, is the example of one of the most developing areas at the moment, i.e. e-sports, which theoretically should be experiencing the same problems.

The final conclusion can only be one: these days, mental sports are not attractive enough to encourage the masses. Humanity is looking for simple solutions presented in an attractive form. Bridge or Chess are not able to win with a whole lot of entertainment adapted to the environment of today’s generations. Today, e-sports is triumphant, but its time will pass. It will be defeated with its own weapon when someone comes up with something even faster, simpler and better placed in the environment. In today’s world there is no place for the pastimes of our grandparents.

When the closing thesis was made, and it would seem that when it comes to mental sports it is time to turn off the lights and close the last venue, she came along. A red-haired orphan girl who wanted to prove to the world that with the help of a magic pill, anyone could become a chess master. And indeed she did. The media, which for years had been a winning alternative for leisure activities, with one production triggered something in people that all union activists had failed to do in the previous 30 years. As if by magic, people began to play chess. Both those who knew the rules and those seeing the pieces for the first time played. It did not matter. Everyone wanted to try their hand at it and see if by any chance God had given them the magical ability to become a chess master. Unfortunately, the spell faded relatively quickly – such a person is born once in a million, and in addition only in a movie. Nevertheless, Chess got its respirator, which will keep it alive for the next several years, exciting the next generation.

However, a miracle for Chess means a big problem for humanity. The fact that the media creates public opinion on political issues is undisputed. The fact that they create aspects such as fashion or lifestyle – obvious. But the fact that by choosing the least media-friendly product they are able to play it in such a way that everyone gets excited about it – this is a real masterpiece.

For us, people working in advertising, it should be a great inspiration. The word “can’t” should be deleted from our dictionaries. Every product can be presented in an encouraging and interesting form, we no longer have excuses.